The Japanese and Korean Languages: Similarities and Differences

Getting Into the Voice-Over Industry

The Rise of Voice Assistants and Smart Speakers

With the upcoming Olympics in Tokyo this year, we will be having at least one Japanese themed blog post each month leading up to the games. In this post, we will discuss the similarities and differences between the Japanese and Korean languages.

These are two of the most popular languages we localize in. Despite being mutually unintelligible, there are some strong similarities between the two languages. Let’s get into the details of comparing Japanese and Korean. 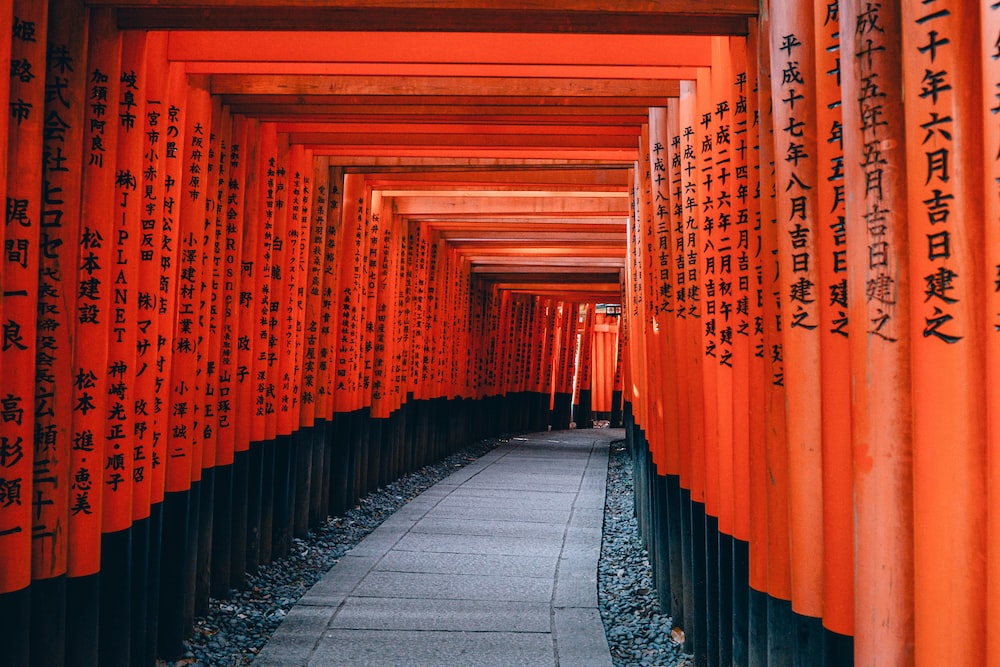 As we’ve mentioned before, Japanese follows a Subject Object Verb sentence structure as opposed to English’s Subject Verb Object structure. So for instance, the sentence “I drink water” would be “I water drink” in Japanese, which is 私は水を飲ます (watashi wa mizu wo nomimasu).

If we place the two sentences next to each other, with the subject, object, and verb words marked the same color, respectively, the similarities become apparent:

The position is the same for each grammatical element. You may also notice the use of “particle” words in the two sentences above, a usage which does not exist in English. Particles are words that mark the relationship of the words in the sentence, in this case:

The usage of the particles in Japanese is consistent, each type of marker (separated by columns in the illustration above) has only one option. However, in Korean you may notice that in the first three columns on the left, there are two options per marker type. For instance, the topic marker can be either 은 or 는 depending on the word that comes before it.

When localizing an English video to Japanese or Korean for voice-over, the timing of what is said in those languages may not match with the visuals on-screen as it did in English. This is due to the different sentence structure and use of particles. It’s important to have an accurate translated script that matches the visual and audio timing the client desires. 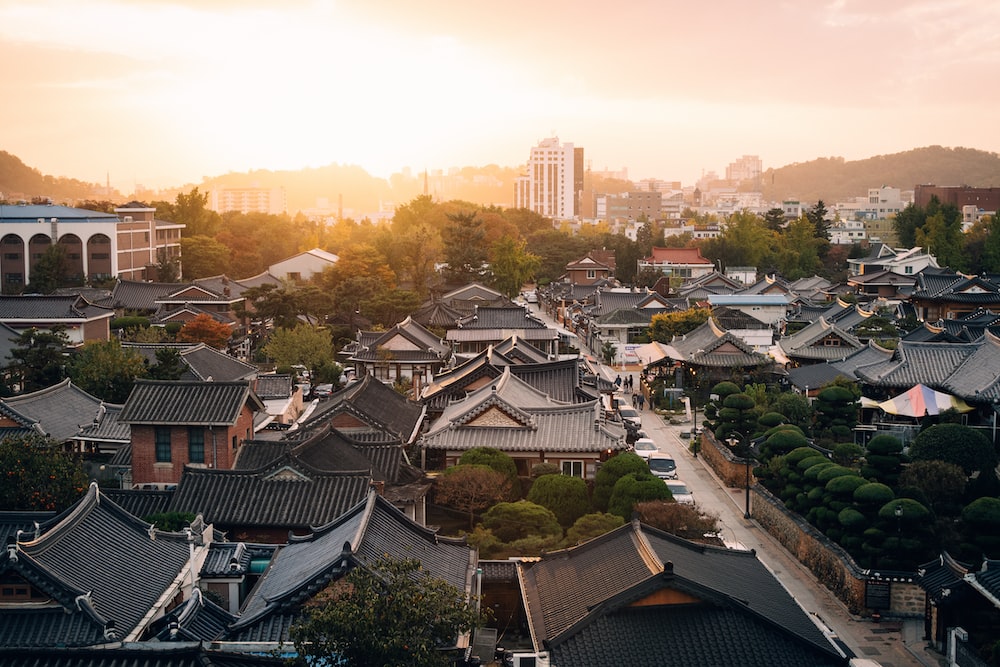 Even if you have no knowledge of Japanese or Korean, just by listening to the two languages on our voice samples page here (listed under Eastern Asia) you can tell that they sound very different. Despite the similarities in sentence structure and particle use, if a Japanese speaker, with no previous knowledge of the Korean language, listens to a Korean speaker, the Japanese speaker would be lost.

However, the Japanese speaker may catch a word here and there that sounds very similar such as the word for library, which in Japanese is 図書館 (to sho kan) and in Korean is 도서관 (do seo gwan). Now do you know how to say library in Mandarin? It’s 圖書館 (tú shū guǎn). Though all slightly different, when spoken they all sound remarkably similar. Why is that?

This is because both Japanese and Korean inherited approximately 60% of their vocabulary from Chinese, yet all three languages remain mutually unintelligible. Korea and Japan inherited Chinese loanwords at different historical times while the Chinese language itself was changing. Also, each set of loanwords were then adapted to fit the main language of that region. Thus the three languages remain very distinct, yet share some similar sounding vocabulary. Here’s just a short list of some Korean and Japanese terms that sound similar (more here):

Looking at the table in the last section, one of the most apparent differences between Japanese and Korean is the writing system. As covered in our blog about Korean localization, Korean is written in hangul, a phonetic writing system that consists of 24 letters: 14 consonants and 10 vowels. 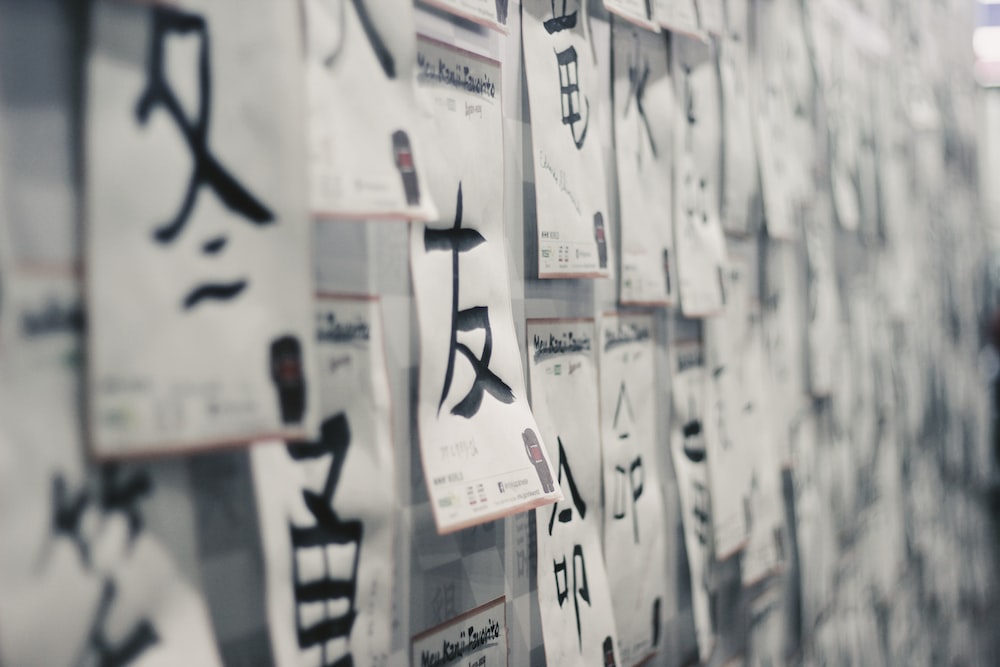 Various words written in kanji such as “winter”, “friend”, “fate” and others.

The different systems were to accommodate the different number of sounds for each language. In Japanese, there are 102 sounds that can be created by the hiragana and katakana scripts. With Korean, the 14 consonants and 10 vowels can be mixed and matched to create a vastly larger number of sound combinations. Like English (21 consonants, 5 vowels), Korean can create many sounds with a smaller number of characters.

Japanese still regularly uses kanji, even though, technically, the entire language can be written in hiragana. However, with fewer sounds, Japanese has a large number of homonyms (same sounding words), as such, kanji is used in order to differentiate different words that sound the same. With Korean, different words generally have different sounds.

When subtitling, it’s important to know that both Japanese and Korean are double-byte languages, a type of character encoding that requires two bytes (in contrast, English requires only one byte). Also, Japanese does not use spacing to differentiate characters, it utilizes kanji and katakana. Korean on the other hand does use spaces and also incorporates Western punctuation marks (period, question mark, etc…). 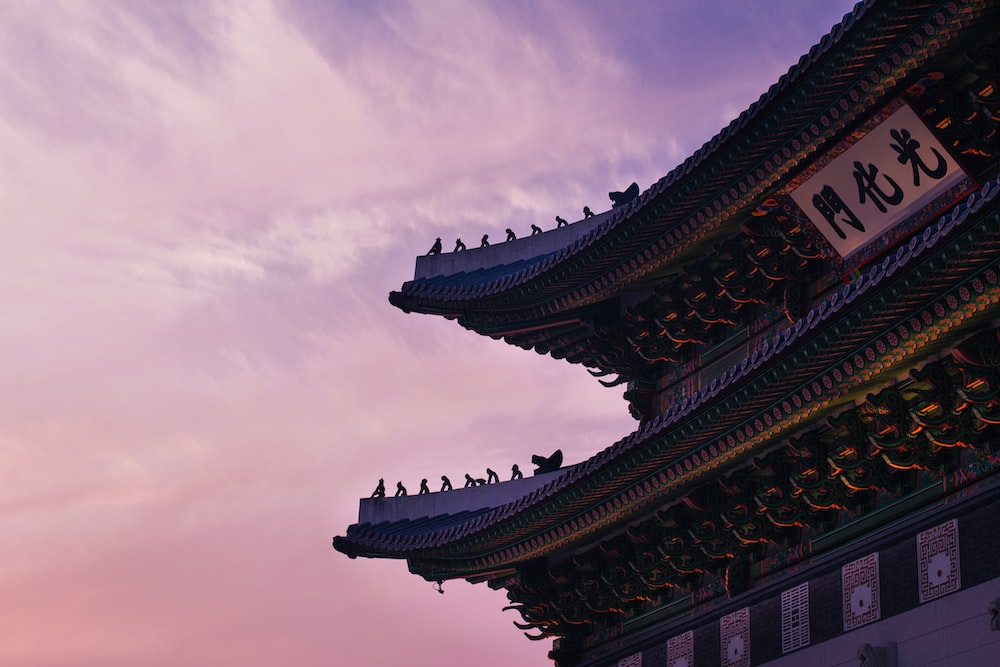 As we can see from the topics discussed above, Japanese and Korean share strong similarities in sentence structure and the use of particles. There is also some similar sounding vocabulary with the same meaning in both languages due to the historical influence of China on Japan and Korea. However, Japanese and Korean differ greatly in pronunciation and writing systems, with Korean having many more different sounds than Japanese, but having a much simpler writing system. Interested in learning Japanese or Korean? According to the U.S. State Department, for native English speakers, learning Japanese and Korean are about the same high level of difficulty. However, if you pick up one of these languages, learning the other one might not be so hard now that you know some of the similarities and differences between the two.

Want to localize your content into Japanese or Korean? We have over 25 years of professional experience localizing in both languages. Click below to request your free quote today!